How far along are we really with Blockchain? - DecenterX
784
post-template-default,single,single-post,postid-784,single-format-standard,ajax_fade,page_not_loaded,,qode_grid_1300,qode-child-theme-ver-1.0.0,qode-theme-ver-16.4,qode-theme-bridge,disabled_footer_top,wpb-js-composer js-comp-ver-5.4.7,vc_responsive

How far along are we really with Blockchain?

16 Nov How far along are we really with Blockchain?

Posted at 08:56h in Blockchain blogs by Marcel Langevoort
0 Likes

With great regularity the ‘B’-word falls. Blockchain, the technology under bitcoin and the technology under many good (and less good) innovative ideas. There has been an interesting pattern to discover in the media for years. Promising technology news is almost immediately followed by relativizing reflections. Something we always see when adopting new technology. Beautiful, sometimes too beautiful, messages, brought by proponents criticized by opponents. And, to be honest, block chain technology, too, has only a handful of solutions of added value at the outset. 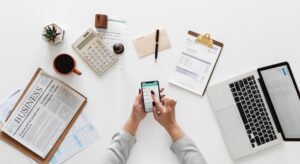 Yet this is not strange. This is part of new technology. And especially with the adoption of new technology. When I ‘discovered’ the internet in the early nineties, I saw the same thing. To send a message, I had to disconnect the home phone, switch on the modem, establish a connection with great patience and hope that someone else did the same. And, that was only the simple part. The ordinary man on the street shouldn’t have anything to do with it. That only changed when there was a killer app for everyone: email. Email provided for many the first proof that the internet was ‘useful’. But it took years before we realised what else we could do with it.

Where are we now with blockchain? Blockchain is a new technology that is undergoing the same development. Rapid rise among nerds, slower adoption by the general public. Ten years ago blockchain was invented to build a better financial system with it. Now we use blockchain for much more than just transporting internet money. Compared to the development of the internet, blockchain is about halfway through the 90s. The comparison between internet and blockchain shows an identical picture with a surprisingly similar adoption curve. Coincidence? I don’t believe it. With the current internet we are able to move information about the internet. With blockchain we are able to move value over the same internet. In a transparent, verifiable, decentralized and secure way. A great promise! Why should we not use that? There are many applications to think of. But just like with the internet in the early nineties: you only believe it when you see it. And, developments are going much faster now than they did then. So to all blockchain enthusiasts: show them concretely what you can change with blockchain technology. To everyone else: orientation and experimentation can do no harm. Before you know it, your business lacks the power of innovation and this promising technology has overtaken you on all sides!

Contact us for more information of the opportunities blockchain technology can offer for you.